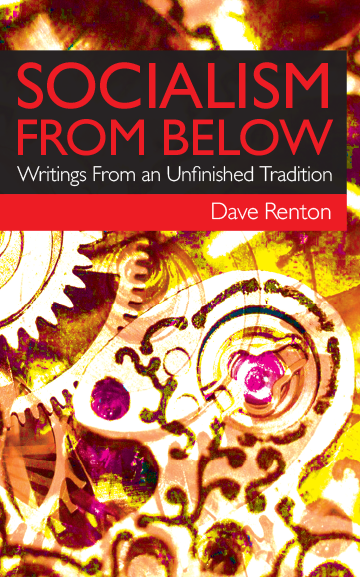 “Sometimes the classical tidiness of the book form is less important than its relevance to current political debate on the left. This is certainly the case with Dave Renton’s book which is essentially a collection of articles posted on his blog during 2013. What unifies the varied collection of reflections is a passionate effort to re-examine the IS (International Socialist – forerunner of the Socialist Workers Party, SWP) tradition and to detach the best of it from current SWP practice. He rescues the legacy of some of the original thinkers from this tradition such as Cliff, Harman, Hallas, Sedgewick, Widgery and others. Renton himself has recently resigned from the SWP along with the several hundred other ‘Decembrists’ and is part of the newly founded Revolutionary Socialism for the 21st Century group. The launch statement of the latter shows that those who have left, in what is the third major split from the SWP in as many years, intend to remain committed to building a revolutionary socialist current engaged in practical political intervention and open to discussions of revolutionary regroupment…”

Many thanks to Dave Kellaway and all the good folks at Socialist Resistance for publishing his kind review of my recent book Socialism from Below, which as he rightly says is a collection of pieces published on this blog in the second stage of the recent SWP faction fight (ie between last year’s March special conference and June).

To Dave Kellaway’s credit, when he engages with what I’ve written about the International Socialist tradition, he doesn’t try to restage the battle between 1968-era IS and 1968-era IMG, but judges the IS group by what it did: “Whether because of, or in spite of, such theories [as state capitalism or the permanent arms economy] the fact is that the IS/SWP related to the working class more effectively that the old International Marxist Group.  It was less intellectual and developed a press with a real impact – the brochures on Incomes Policy in the 1970s sold tens of thousands and helped the SWP build a base among the shop stewards movement. Similarly such theories did not stop it doing good work in building the Anti-Nazi League or the Stop the War coalitions…”

Those who are interested in the history of either group may enjoy an event which SR has organised this Saturday (1 February): a day school on the The New Left and the 1960s, with speakers including Penelope Duggan, Ernie Tate, Jane Shallice, Ian Birchall, Alan Thornett and me.