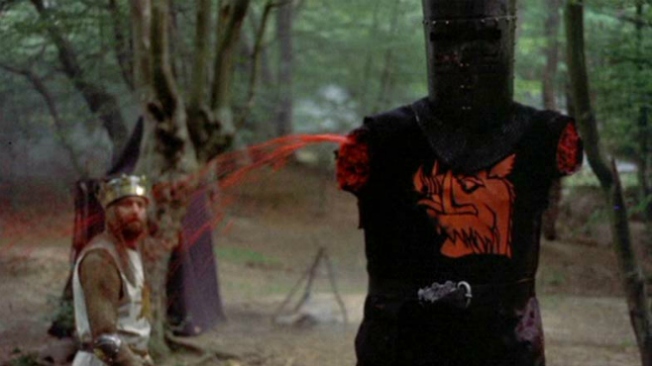 There is a story told about a friend that in the aftermath of the Martin Smith rape scandal he was invited onto a left group’s disputes committee. The young chair gathered the comrades together with an anxious greeting to the effect that they should disclose if they had ever been involved in a complaint. Most had not; one committee member had sat on a student union panel. “Well, I have to admit, I’ve been subject to complaints”, my friend began. “There was the two years I served for ABH. I’ve done time for GBH, and, of course, attempted murder…”

The friend is one of the kindest and best people I have ever met on the left. He is physically brave (there was the time that he broke a fascist’s nose, midway through that BNP member’s evidence in the Magistrate’s Court). And he is politically brave: at the start of the Rees-German leadership of the SWP, he campaigned for democracy in the party, and was slowly forced out of the group, fighting the leadership at every step, with his friends isolated and expelled one by one until he was the only one left.

Over the years, the revolutionary left has attracted many other people like my friend. Michel Pablo, best known these days for having urged the liquidation of the Trotskyists into the official Communist Parties, had previously organised gun factories for the FLN. There were the many Trotskyists who died in World War Two – Abram Leon, being one – fighting as best they could both the immediate menace of fascism and the social patriotic spirit into which too much of the rest of the left drifted.

I was reminded of my friend by two stories in recent weeks involving revolutionaries in countries several thousand miles apart. The first group published on its front page an article showing their country’s Prime Minister, and beside him the photograph of a razor and the words “one cut we’d like to see”.

The second group published a newspaper article about a boy aged 17, who had been attending the same school as their country’s Prime Minister. On a holiday, he had been killed by a polar bear. The newspaper celebrated the death, “Now we have another reason to save the polar bears”.

Both stories were atrocious propaganda. Something of how you should try to make socialists was captured long ago in a phrase of Leon Trotsky’s when he spoke of a “transitional demand”. The phrase may sound like the most atrocious jargon but the idea behind it is simple. One way the left can win adherents is by proposing ideas which sound modest enough but point to the possibility of a different society, and invite their audience to think about why this has not happened already. So a transitional demand might be something like the idea – being popularised just now in Spain by the left wing group Podemos – than no MP should be paid more than three times the minimum wage.

The demand sounds easily achievable and yet we all know that it would close off representative politics to precisely the people who are presently most likely to get elected (in Spain, or in Britain or anywhere in the world): i.e. middle-class people who enjoy the social power of representing others but who refuse to live on anything like the average wage. They would never agree to it. In other words, to win, we have to overthrow them.

Any general strike worthy of the name is, in principle, a piece of transitional propaganda pointing in favour of society run by millions rather millionaires.

No doubt the writer imagined himself “hard” in the same style as the authors of a certain kind of mid-1980s anarchism. But people who are genuinely brave do not boast about their bravery. The friend I mentioned at the start would rather see his own teeth pulled out than own up to his many acts of courage. Bravery (unlike hardness) is a characteristic of people who struggle.

No-one is braver than the woman who leaves a partner who has been violent in order to bring up a child in poverty. Hardness is a virtue in managers not in those who are managed, it is a positive attribute in the worst of men. Hardness is the boaster’s vision of how he looks when he tells stories about his own bravery.

The French revolution gave even the children of the royal family a second chance – sending them to be educated as cobblers. It was their social strength, their victory, which made them magnanimous. The hardness with which the revolutionaries celebrated this recent accident is a sign only of their deep impotence.

So much for the second party – how about the other group of revolutionaries I have mentioned (the ones with the ill-judged razor front-page)? They withdrew the magazine, recognising in retrospect that the image they had chosen had been crass. They made a mistake and accepted it.

We would do well to learn from them. But, then again, revolutionaries in Britain have been pretty abject recently at saying sorry.