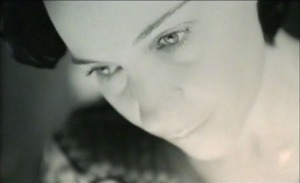 A best-selling literary author struggles for a short phrase that will encompass the narrow walls inside which his characters live. “The past never dies,” he writes. He carves the phrase in longhand, he takes it to his computer. He likes it so much that he shares it with his agent and it becomes the subtitle of his book. If you listen carefully, it is Faulkner whose words are being condensed, “The past is never dead. It’s not even past.”

Now imagine those same few words but with a broader ambition. What would fiction be like if there were writers capable of showing how heavily the tradition of dead generations weighed now, here, on the minds of all of us?

If only there was a literature which could explain how trapped we all are in the choices of thirty years ago – spinning, in this summer’s referendum between the politics of September 1988 (Thatcher’s Bruges speech) and June 1989 (Thatcher’s rejection of the Social Chapter) – save that the generation that presently rules us is made up of the erstwhile young, the unpopular, obsessive children were bewildered to see how quickly their champion was losing their authority and now seek to use this referenda, whichever way the UK votes, to undo her humiliation.

Our Friends in the North did that, you could say. GB84. The list is short, isn’t it?

After them, at the front of the second rank, it’s Tim Pears. His novel In a Land of Plenty is the story of Charles Freeman, postwar industrialist, his poet wife, his son James who becomes a photographer, James’ cousin Zoe who travels, takes drugs, owns a cinema. It is a story of the battles between Freeman and his workers, anti-racism concerts, peace demonstrations, green protests.

The BBC turned the novel into a mini-series which for some barely comprehensible reason they appear to have made available on VHS only. (On Amazon, they have even blocked the trailer for the TV series…).

Here are some of the things I admire about the book: the slow pace at which James learns his art; the recurring anticipatory dreams he has of a wedding (when he does marry it will become a moment of intense trauma), the ease with which Pears uses dress to convey character (Zoe wears not one rainbow scarf, but two at ince), the unpredictable character of Charles’ domestic tyranny (the way he approves of one of his sons renting out the stately home for an illegal rave: at least money is being made), the grotesque way in which his business swells during the Thatcher years…