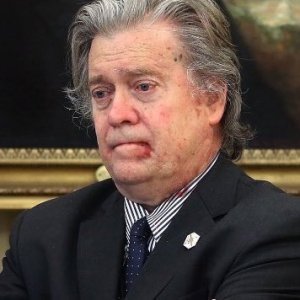 In Hungary, and Poland, presidential governments have been perfectly happy to announced quarantines. In India, the BJP introduced a lockdown. In doing so, it strengthened the position of Prime Minister Modi who had previously been facing mass protests for laws intended to remove citizenship from the country’s Muslims.

Over the next 6 months the parts of the far right which deny the reality of Coronavirus are likely to look cruel and dangerous – they may lose support.

If the crisis causes, say, the Brazilian regime to collapse I’m sure friends will celebrate – but we should do so cautiously. There are plenty of other authoritarian right-wingers who have taken a different approach and whose popularity is growing.

Think of France. In March 2020, after the first round of local elections in which his En Marche party did poorly, President Macron deferred to the future the crucial second route of that vote. Parliament then passed a “health emergency” law, which made the breach of lockdown rules punishable by six months in prison. It also closed the French borders to non-EU citizens.

For years France has been living under a series of emergency laws – giving the police previously unimagined powers Under them the French government has ruled by Presidential decree whenever possible, and is openly contemptuous of Parliament. For a time this was explained as an emergency reflex, designed to stop terrorism. Then it was emergency action to stop the far right. Now it is an emergency to stop Coronavirus.

“We are at war,” Macron said repeatedly in his speech justifying the new laws. When advocates of liberal democracy adopt this sort of language they make life easier for the far right. And the problem with such “preventative” authoritarianism is that the longer you live under it, the harder it becomes to portray even fascism as anything different from politics as usual.

So, while anti-authoritarians should welcome any measure which genuinely protect health – where they start becoming something more sinister, we must oppose them

It is unlikely that there will be a vaccine until 2021 at the earliest. But Coronoavirus is a lung infection – it is most deadly where air quality is bad and in cold weather. In Britain, we have been incredibly lucky that the disease hit here in spring rather than winter. After all, if you look at deaths from pneumonia, in a typical year they spike in December and January – these are by far the worst times of the year for lung infections.

When the pandemic started this year, the far right had a simple answer. In Italy and France, it argued “close the borders”

That never became a central demand in European politics – largely because by the time had reached Europe, and action was needed, the disease had already crossed borders. The right’s answer would have made no difference.

But if we go into a second wave of Coronavirus in this winter, this direction of travel is likely to be reversed. At that stage it will be post-lockdown Europe fearing a disease coming back to Europe from outside. In those circumstances, it will be easier for the right to blame foreigners

The reality is that affluent, travelling, Europeans have been among the people most likely to spread the disease in central and southern Africa and to Latin America and to other countries where it was previously absent.

When I warn of a second or third round of Coronavirus politics, I am also thinking of how the global economic crisis of 2008 panned out

That crisis came at a time when in most countries politics was still, essentially, a two-way contest between a moderate left and an electoral right. Many of us assumed that the left, as the anti-capitalists, would grow

What actually happened was different. Where the left was in power, in Britain and the US, it was blamed for bailing out the bankers. For eight years, politics turned in the direction of a neo-liberal cutting right

Then, when that part of the right was exhausted, the right was able to renew itself globally from 2016 onwards by offering nationalist and racist solutions to the crisis. We saw an increasing convergence between the positions taken by centre-right politicians and a previously marginal far right

During the first weeks of the Coronavirus epidemic, governments offered massive stimulus packages to keep employers in business. In many countries, the people authorising that spending are politicians who have made their careers by insisting that budgets must be balanced. It follows that as soon as the present crisis calms there will people calling for another round of austerity as protracted as the one we’ve just lived through

They won’t say, simply, “We must balance the budget,” as the state spending has been so great that that that goal will seem incredibly distant. But the rich will resist any measures to pay for the crisis that will put the burden on them.

The left has a number of historic solutions to a debt crisis – increased taxation of capital, increased inflation – any government that follows them will face opposition from within the right.

And if politics feels (as it has, too often in the past five years) like just a battle between two different elements of the right – the cutters and the social authoritarians – the legitimacy of the latter will grow.