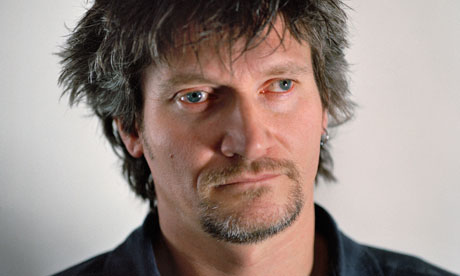 I have just been watching the later stages of Theresa May’s statement to Parliament on the Ellison review into police corruption, surrounding the handling of the Stephen Lawrence inquiry.

Ellison has found that the Met falsely kept back from the Lawrence inquiry matters it should have disclosed, including its own investigations for corruption including officers associated with the original murder investigation. There was taking place at the same time a multi-million pound investigation into police corruption, Operation Othona, all the papers of which – Ellison reports – appear to have been shredded. Ellison intimates that the Othona investigation had showed a real likelihood that police officers who were in corrupt relationships with the father of one of Stephen Lawrence’s killers were indeed involved in the original investigation into his killing.

Ellison summarises the evidence that the Met were running an undercover officer (N81) in the Lawrence camp and adds to it the new and distasteful information that in August 1998 senior officers met with the spy so as to provide briefings for the Commissioner of the Metropolitan Police on the groups that were seeking to influence the Lawrence family.

Ellis finds: “The mere presence of an undercover MPS officer in the wider Lawrence family camp in such circumstances is highly questionable in terms of the appearance it creates of the MPS having a spy in the family’s camp. However, for a meeting to then be arranged to enable an in-depth discussion to take place about the Lawrences’ relationship with groups seeking to support their campaign, in order to help inform the MPS submissions to the Public Inquiry, was, in our assessment, a completely improper use of the knowledge the MPS had gained by the deployment of this officer.”

This of course goes on to raise the question of the activities of undercover spies in political protests, generally. Last week the Haldane Society of Socialist Lawyers initiated a public meeting of a new campaign “COPS“, at which there were speakers from the Blacklist Support Group, the Lawrence family, anti-fascist campaigns, and a number of women activists suing the Metropolitan police after they were tricked into intimate relationships. Some of the names of the undercover officers: including Mark Kennedy (pictured, top) and Bob Lambert have become notorious.

Ellison makes it clear that any further investigation of undercover officers’ activity should not be limited to the Lawrence family, for the following reasons:

“Although our terms of reference are limited to the role of undercover policing in the context of the Lawrence case, we feel bound to indicate that from the material that we have seen, it would be wrong to assume that undercover policing by the Special Demonstration Squad (SDS) (which involved deployment into a wide range of groups that presented a public disorder potential) may only present problems in the Lawrence case.”

“The SDS had, over many years, placed undercover officers inside a wide range of activist groups, targeted principally around the groups’ potential for committing, fomenting or providing intelligence on public disorder. A long-term undercover officer deployed into such a group had, necessarily, to play the convincing role of a genuine activist.”

“The undercover officer may well have ended up being arrested. The SDS records show that sometimes that was dealt with by the officer going through the investigation and the court process in their undercover name. This inevitably entailed deception of the arresting officers and courts, and also the legal advisers who represented a number of activists arrested at the same time, all of which had to be dealt with in a manner consistent with their undercover role.”

“It is also clear from the material that we have seen that sometimes an undercover officer who had been present at a riot or other disorder where arrests had been made and criminal proceedings had been brought knew that aspects of the prosecution case being advanced through police witnesses were false.”

“In short, it is inevitable that the interaction between an undercover officer and members of an activist group, taken together with the detailed records of intelligence reported back by them into the MPS system, yielded an obvious potential source of material relevant to criminal proceedings brought. This relevance might be because the undercover officer had encouraged the alleged criminal activity of others, or because the records were capable of supporting a fact relied upon by a defendant or undermining a fact relied upon by the prosecution.”

“The very nature of SDS undercover work placed serving police officers inside groups of activists who not infrequently came into conflict with the police and faced arrest and prosecution. Having a system whereby that activity was shrouded in almost total secrecy and the role of, and intelligence gained by, the undercover officer was not considered in relation to the prosecution’s duty of disclosure in criminal proceedings must, in our assessment, produce the potential for there to have been unfairness in some of those proceedings.

May’s words to Parliament were – when it came to the activities of the Special Demonstration Squad, generally, that “There appear to have been rather fewer boundaries than there should have been”.

Yet from the initial press reports it seems to remain unclear (to me, anyway) whether the public inquiry she has announced will investigate the undercover policing of the Lawrence family, or the use of such officers, generally.

The key demand of campaigners has been for the government to concede a much wider public inquiry, allowing potentially hundreds of activists the opportunity to put their stories to the world.

“If” that has been conceded that would be one of those rare occasions worth celebrating: a victory.